She is a cofounder of the award-winning theatre company New Paradise Laboratories and a longtime collaborator with Pig Iron Theatre Company.

Mary is a frequent collaborator with Pig Iron Theatre Company, and a Cofounder of theatre company New Paradise Laboratories

Mary worked with Pig Iron and playwright Gregory S. Moss, as an actor/creator on
I PROMISED MYSELF TO LIVE FASTER, which premiered at the 2015 Humana Festival of New American Plays.

other shows with the company include work as an actor/creator on zero cost house, a collaboration between pig iron and playwright Toshiki Okada, premiering at Fringearts, performing at the Public Theater's Under the Radar Festival 2013, Tokyo Performing Arts Meeting 2014, LUBLIN, POLAND'S THEATRE CONFRONTATIONS FESTIVAL, AND TOURING NATIONALLY.

OTHER WORK INCLUDES THE TOUR OF HELL MEETS HENRY HALFWAY TO LES KORBAS THEATRE, IN LVIV, UKRAINE, AND TOURING NATIONALLY.

CORE PERFORMER/CREATOR, DRAMATURGE, and MARKETING TEAM LEAD for
SWAMP IS ON, A COLLABORATION BETWEEN PIG IRON AND INDIE PSYCH-POP BAND, DR. DOG
​AT UNION TRANSFER, Presented by FRINGEARTS  in the PHILADELPHIA FRINGE FESTIVAL 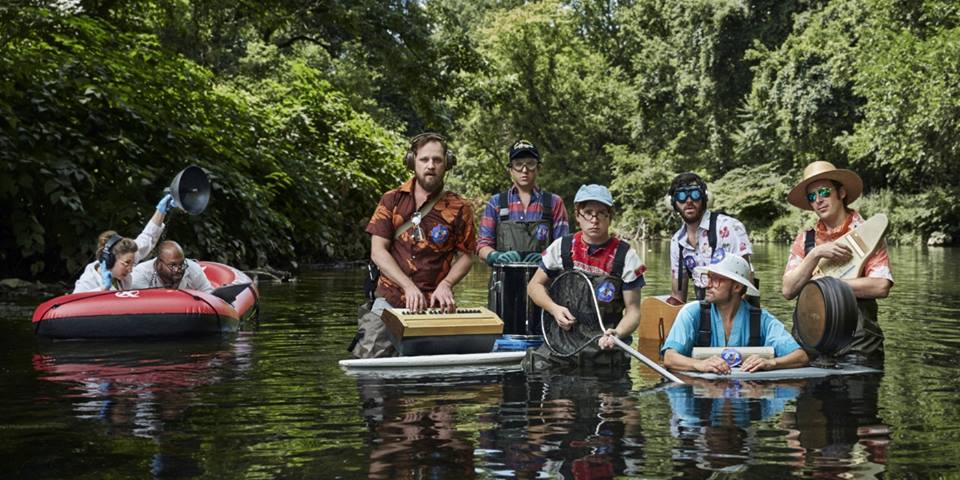 Mary, Les El Malito Rivero, and the band Dr. Dog, photo by Jason Rothenberg ---> SWAMP IS ON
Audience video of the SWAMP IS ON experience.
​

As a co-founder of New Paradise Laboratories, Mary has created over a dozen shows and trained extensively with the company. Premiering new works locally at fringearts in Philadelphia and touring to venues including The Andy Warhol Museum, the Walker Art Center, P.S. 122, the Ontological-Hysteric, the Princeton Atelier, the Humana Festival of New American Plays, Off-Broadway at the Connelly theatre, and residencies at University of the Arts, Drexel University, Princeton University.

below, a clip from BATCH, written by Alice Tuan and New paradise laboratories, COMMISSIONED by the HUMANA FESTIVAL
featuring: Lee etzold, mckenna kerrigan, jeb kreager, mary mccool, aaron mumaw, matt saunders. directed by whit maclaughlin
Left to Right: At work on Zero Cost House with Pig Iron and Toshiki Okada at the Beppu Project, Japan. At work on Ludic Proxy with Aya Ogawa and the PlayCo at LowerManhattan Cultural Council.

ORIGINAL WORK as an independent WRITER/PERFORMER:

​THIS INFO WILL CHANGE YOUR LIFE 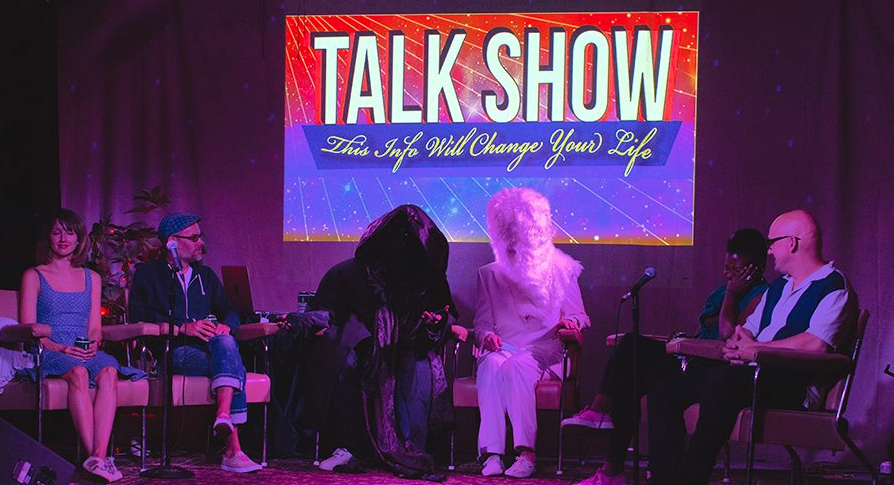 ORIGINAL WORK as a DIRECTOR:

scenes from mort (part 3), a trilogy of pieces developed in residency at University of the arts. Created in collaborative process with the students, conceived and directed by Whit MacLaughlin and Mary McCool. Immersive performance exploring the rituals by which the living celebrate the departed.

Mary McCool hosts, writes, designs, and curates original cabarets.
2013. This year, Mary and collaborator Gwen Rooker played the human slaves of robot overlords from the future. The cabaret featured electronic music, philosophy on life after the 21st century, and a drink called Sloopy.
Mary created this video as an introduction to the cabaret, introducing the audience to the game of the show, and life in the future via Unity Processing:
2012. This year, Mary and Gwen hosted as Siegfried and Roy, celebrating magic and harmony with nature. The cabaret featured an epic dance-off between The Berserker Residents, Team Sunshine, and the women of BANG, a disastrous attempt to tame a wild horse, baby white tigers, music by the Absinthe Drinkers. And plenty of schnapps...
2011. Mary and Gwen host as beings from the future. The cabaret featured burlesque and audience participation with  a game show, karaoke, and fun crafting costume elements — followed by a celebratory fashion show.

** thanks to Clayton Sweeney Jr. and Media Fine Imaging Ltd for the photos